Previous Next
Wales stands up

This autumn, Wales’ Environment Secretary, Lesley Griffiths will be going to Bonn, Germany, to attend the UN climate conference COP 23.

It will be 2 years since the world renowned Paris agreement was made at COP21. A lot has happened since then, and we need solidarity now more than ever to make sure that we’re all standing up for our global responsibility.

Stop Climate Chaos Cymru want to demonstrate the urgency of Wales’ responsibility to tackling climate change for those worse effected now, and for our future generations. Let’s all show our support by standing up to climate change. #WalesStandsUp

Where will you stand on Climate Change?

Stop Climate Chaos Cymru will be taking submissions up until the 4th of October 2017 via twitter/Facebook and email. The coalition, which Friends of the Earth Cymru are a part of, are collecting images from members and supporters for the campaign.

SCCC will present a banner of a mosaic image made from submissions sent in from supporters showing their solidarity in standing with the world to tackle climate change to politicians before COP23. 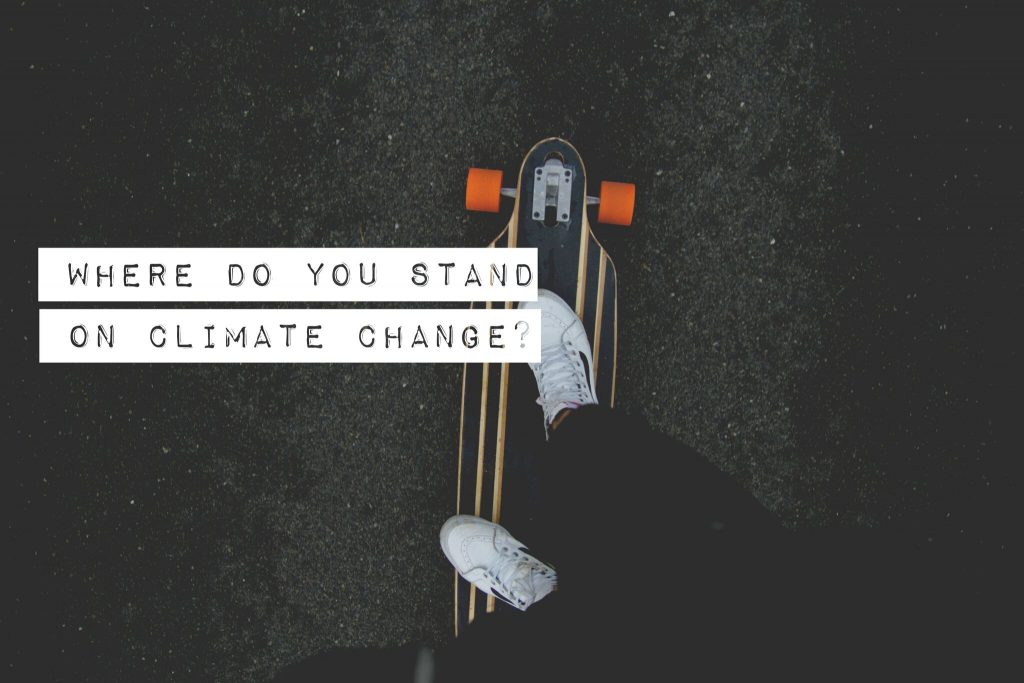 This is a ‘moral stance’ of metaphorically standing up to climate change. You can be sitting, kayaking, skateboarding, lying down, it could even be a picture of your pet. We want everyone to feel inclusive of this campaign, so whatever you feel represents you taking a stand on climate change is of course accepted.

• Tweet SCCC and/or use the #WalesStandsUp or alternatively send us an email on: stopclimatechaoscymru@gmail.com

• Nominate/encourage friends, family, co-workers to get involved by sharing the campaign on social media