Wales must play its part

Previous Next
Wales must play its part

A decade to turn things around

This is the warning we are giving to Assembly Members to ensure they take urgent and direct action on climate change. The world is already hitting record-breaking temperatures and the poorest communities are being affected the most. The devastating decline in biodiversity is set to wipe out a million species. Our oceans are choking in plastic and our children are breathing toxic air. The science is clear, and Wales is feeling the impact.

This is not a future pr 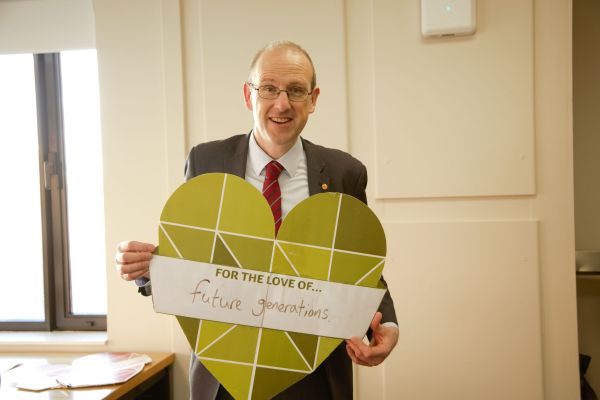 oblem: the time is now.

We met with Assembly Members on Wednesday 26 February 2020 to urge the political response in Wales to climate change to be stronger and faster.

Recent research named Cardiff as one of the world’s most at risk cities globally from global warming. And Wales’ consumption of natural resources if far beyond what its population size can justify: Wales exceeds safe limits for the consumption of carbon dioxide by 455%.

The latest IPCC report makes it clear that rapid, transformational action in the next decade is crucial. Wales’ recent declaration of a climate emergency must be matched with an appropriate response. 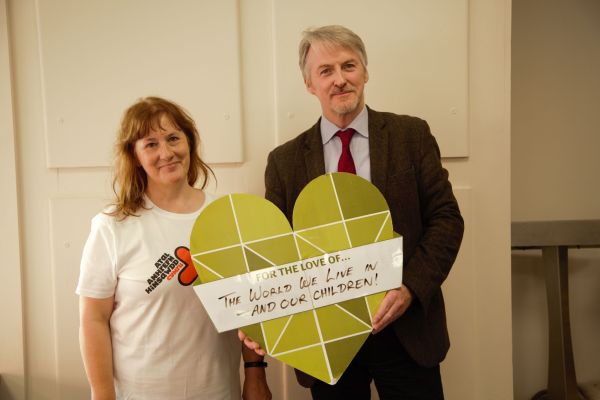 This year the 2015 Paris Agreement comes into force and the UK prepares to host COP26 in Glasgow in November, the biggest conference since the Paris Agreement; and Welsh Government comes to the end of its first carbon budgeting period (2016-20) under the Environment Act 2016 and will be developing its low carbon plan for 2021-25.

What are we asking of Wales?

Lesley Griffiths AM, Minister for Environment, Energy and Rural Affairs, attended the conference and spoke about the importance of urgent climate action and how Wales can make real progress in 2020. She said:

I know that members of SCC coalition in Wales share the belief with this Welsh Government that in the face of the climate emergency the whole of the UK must move as swiftly and decisively as possible to net zero emissions.

Many of the levers that affect the rate of emissions in Wales are held by the UK Government, so we are committed to work with you, and others, to lobby the 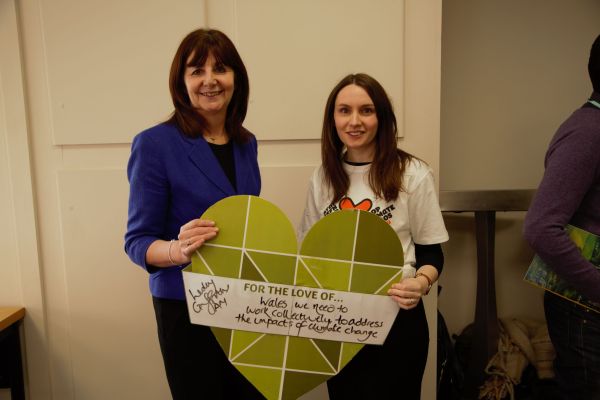 Working collectively in this way is essential if we are to have the type of profound changes that the next stage of our journey requires as we achieve net zero.

The AMS were lobbied to do everything in their power to maximise action for our climate, nature and people, in Wales and globally.

The following were suggested next steps: 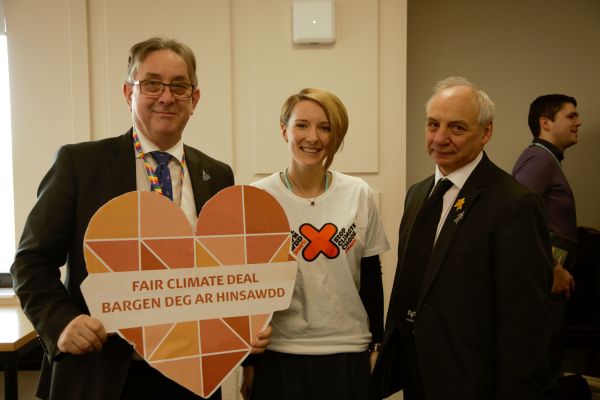 Call for immediate regulation towards net zero by 2030 by ending Wales’ contribution to climate change: rapidly put in place ambitious policies to slash emissions now to get us on track to end net zero within this decade; by implementing the Wellbeing of Future Generations (Wales) Act.

Call for a scaling up of investment to tackle the climate emergency: ensure Wales is spending at least 2% of GDP (in line with the Futu 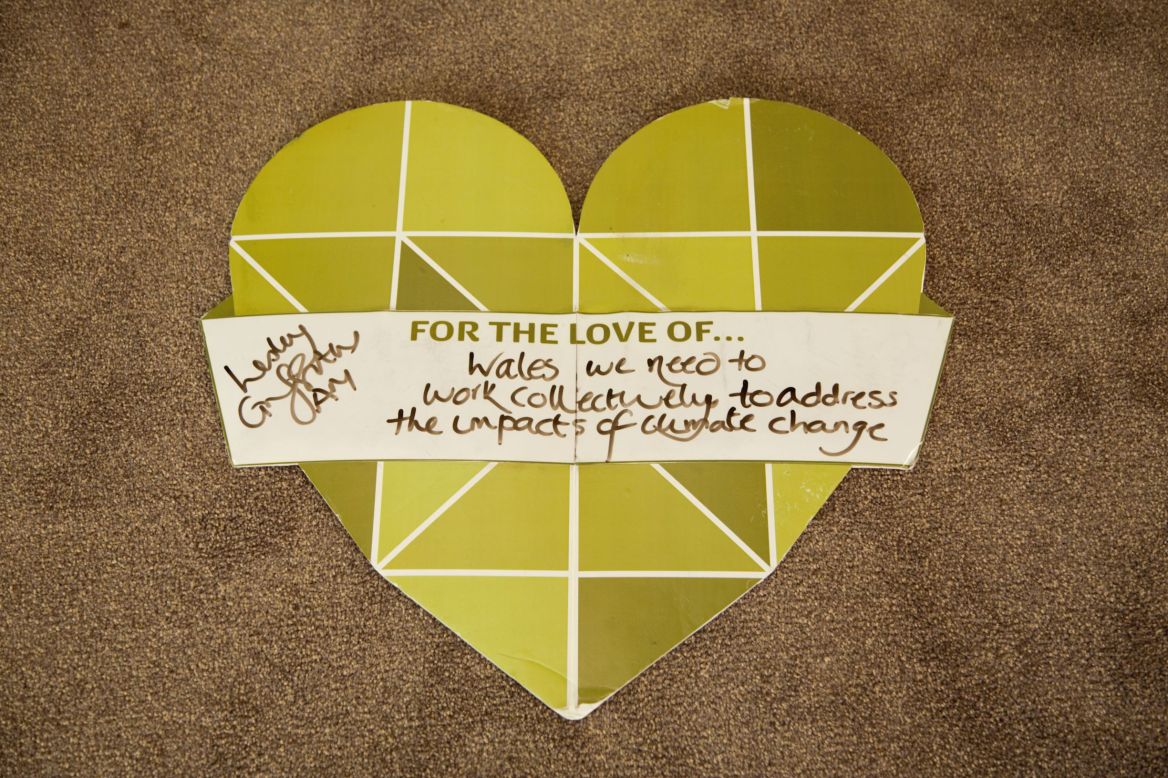 Do all you can in the run up to COP26 in Glasgow to increase momentum towards net zero: engage with Stop Climate Chaos Cymru and communities in the low carbon development plans; call on Welsh government to engage with sectors on how they will deliver the low carbon plan 2021-25; call on Welsh government to convene civil society in the run up to COP; convene a meeting in your constituency or region ahead of COP.

Share your pledge to work towards achieving net zero at pace in 2020 on social media: #thetimeisnow @SCCymru 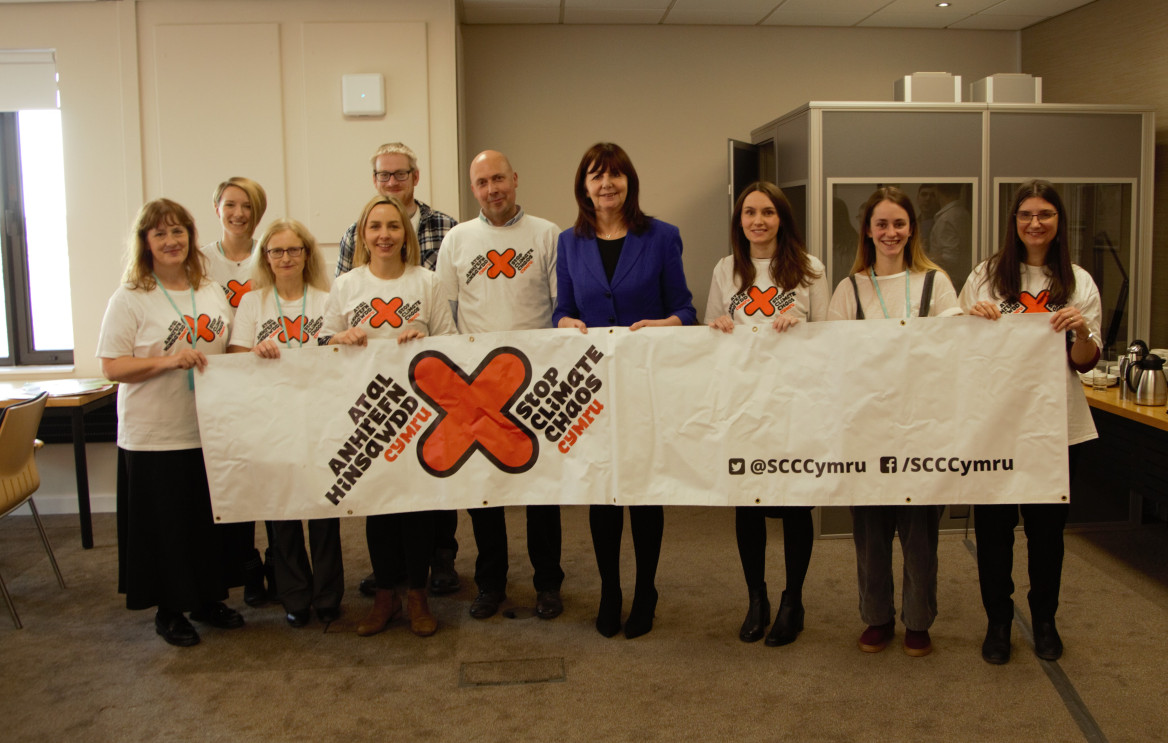 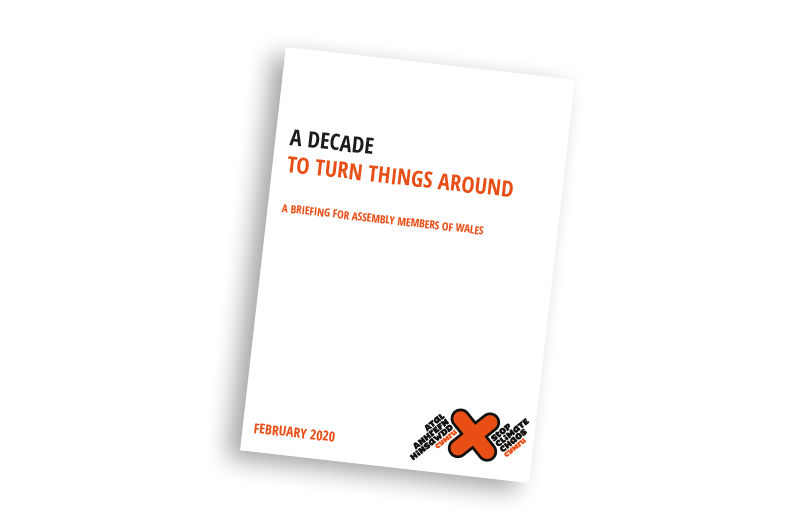